One of the costumes I’ve been working on is Vivian Wagner’s “feathered” spacesuit from the end of the movie, Iron Sky. (I say feathered in quotes, because they aren’t really feathers, but I’ll get to that later.) Iron Sky is a ridiculous, over the top modern day B-movie about Nazis in space. I found it hilarious and awesome, as did my friends, but the general internet consensus seems to be that it’s terrible. Either way, this isn’t meant to be a movie review.

I tend to focus a lot on costumes in movies, and which ones I’d love to make or wear, and Vivian’s spacesuit was definitely one of those. 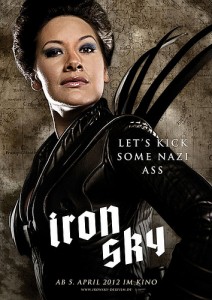 Basically, it’s a quilted black catsuit with some detailing on the chest and back, a belt, boots, gloves and of course the black feather things that stick up from her back. If you look closely, especially while watching the movie, they don’t actually look like feathers, because they look too solid. They remind me more of large blades of grass. I’m using craft foam and heating it up to shape it, and then reinforcing it with black floral wire so that it stays up. (The craft foam itself does stay up, but I don’t trust it to hold up at a convention all day.) I am also using craft foam for the chest and back detail. It’s my first foray into using it for anything other than simple shapes and the like, and definitely my first time trying to shape it, so it doesn’t look as perfect as I’d envisioned, but I’m learning, and I think it’ll look alright in the end. I also bought an already made catsuit off eBay that doesn’t have the same quilted look that hers does, but I think with my level of skill, that’s going to be far better than if I tried to make the catsuit myself. Maybe someday! (Or maybe someday I’ll have the money to commission something like that!)

All of my rambling aside, the point of this post was actually that I had a really hard time finding reference pictures for this costume, so I ended up taking a lot of pictures of the costume from my television. Ideally, I’d have watched it on the computer to take screencaps, but without going into a long explanation, I could only watch a good quality version of the movie on my television, so I apologize for the pictures clearly being taken of the television screen. I wanted to share them all, just in case they helped anyone else, though, instead of them just sitting around on my computer. So have fun with all the pictures! I can’t imagine anyone would want to, but if you do want to use them somewhere else, go for it. (Click on thumbnails for full size) 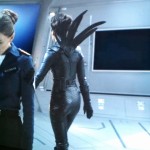 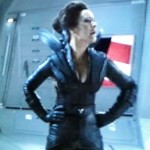 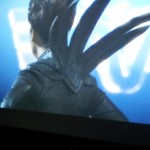 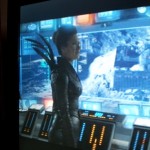 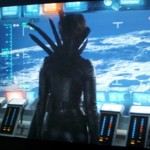 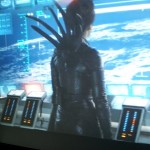 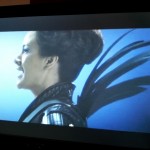 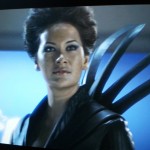 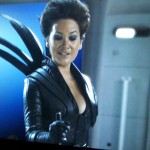 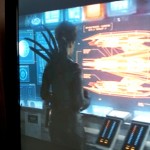 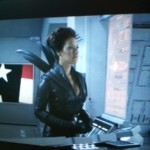 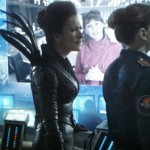 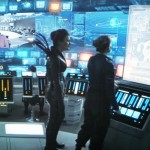 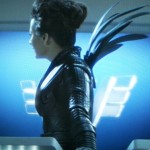 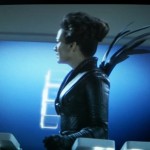 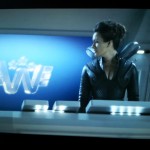 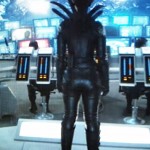 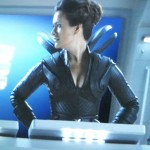